@McDawg (Graham Steel, indefatigable fighter for openness and patients rights has just blogged a powerful story (http://figshare.com/blog/Open_Access_Is_Not_Just_For_Scientists_It%27s_For_Everyone/72 ) of how a teenager has made a medical breakthrough despite the publishing industry’s paywalls. From Jack Thomas Andraka.

“After a close family friend died from pancreatic cancer, I turned to the Internet to help me understand more about this disease that had killed him so quickly. I was 14 and didn’t even know I had a pancreas but I soon educated myself about what it was and started learning about how it was diagnosed. I was shocked to discover that the current way of detecting pancreatic cancer was older than my dad and wasn’t very sensitive or accurate. I figured there had to be a better way!”

He began to think of various ways of detecting and preventing cancer growth and terminating the growth before the cancer cells become pervasive. Andraka’s breakthrough nearly didn’t happen. He asked around 200 scientists for help with his research and was turned down every time. (PMR Of course lots of professional scientists get turned down all the time, and I admire Jack’s perseverance).

Luckily he eventually established contact with a Dr. Anirban Maitra, a Professor of Pathology and Oncology at Johns Hopkins University, who provided him with lab space and served as a mentor during the test’s development. 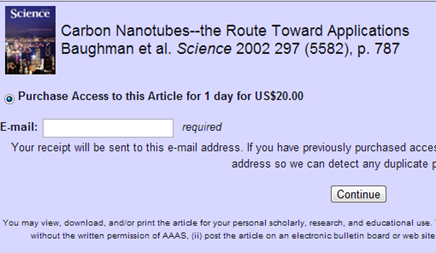 “This was the [paywall to the] article I smuggled into class the day my teacher was explaining antibodies and how they worked. I was not able to access very many more articles directly. I was 14 and didn’t drive and it seemed impossible to go to a University and request access to journals”.

In an interview with the BBC, Andraka said the idea for his pancreatic cancer test came to him while he was in biology class at North County High School, drawing on the class lesson about antibodies and the article on analytical methods using carbon nanotubes he was surreptitiously reading at the time. Afterwards, he followed up with more research using Google Search on nanotubes and cancer biochemistry, aided by online Open Access scientific journals.

Earlier this month, Andraka had a guest post published on the PLOS Student Blog entitled Why Science Journal Paywalls Have to Go.

Can you read the next sentence without a feeling of anger?

“I soon learned that many of the papers I was interested in reading were hidden behind expensive paywalls. I convinced my mom to use her credit card for a few but was discouraged when some of them turned out to be expensive but not useful to me. She became much less willing to pay when she found some in the recycle bin!”

An encapsulation of why we are suffering. No-one should have to buy articles to find out they aren’t any use (and if you have just come into this area many papers cost over 50 USD). 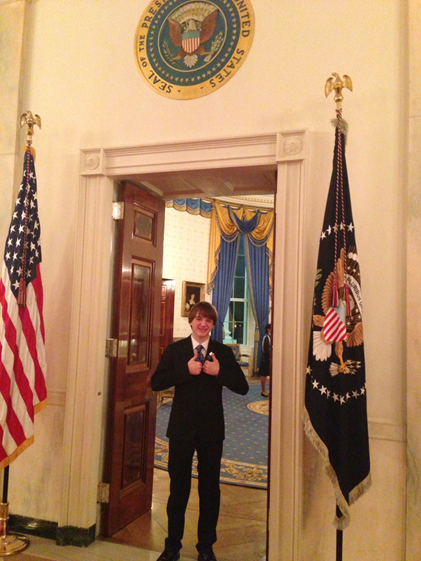 Also earlier this month, Adraka was invited to the State of the Union Address where he met and spoke with President and Michelle Obama about his work. See ‘Mr. Speaker, The President of the United States…and Jack Andraka!‘ for more details.

“Open access would be an important first step. I would love to see research that is publicly funded by taxes to be publicly available. It would make it so much easier for people like me to find the information they need. If I can create a sensor to detect cancer using the Internet, imagine what you can do”.

And meanwhile academics and publishers collude on paying huge amounts of money into the Academic-STMPublisher complex which generates reputations for academics by preventing access to publicly funded information. I’ve written earlier that “Closed Access means people die”. There was a howl of protest from some academics – I didn’t have evidence. Well Jenny Molloy did. But the statement is self-evidently true. One story like this should be enough.

Closed data from public research is immoral, unethical and unacceptable. Don’t argue. Just fix it. (and I shall do my best).