Something is seriously wrong with our current values in academia.

The world is changing and the tensions between digital openness and digital possession-for-power-and-gain gets daily stronger. We cannot manage research data unless we manage our values first. In January this year the broken values were made very public with the death of Aaron Swartz. 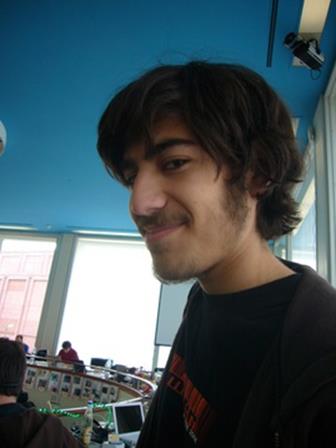 [picture and text from EFF https://www.eff.org/deeplinks/2013/01/farewell-aaron-swartz ]

Aaron did more than almost anyone to make the Internet a thriving ecosystem for open knowledge, and to keep it that way. His contributions were numerous, and some of them were indispensable. When we asked him in late 2010 for help in stopping COICA, the predecessor to the SOPA and PIPA Internet blacklist bills, he founded an organization called Demand Progress, which mobilized over a million online activists and proved to be an invaluable ally in winning that campaign.

I’ve blogged before on Aaron. I never met him though I know people who have. I can’t write with authority, so I’ll quote

And I had the privilege of hearing Tim 2 weeks ago and the central, passionate, coherent part of his speech was about Aaron.

Why does this matter to #rds2013? Because if we make the simple step to recognize that knowledge must be Open and fight daily to make it happen – politically, socially, technically, financially, then the tools, the protocols, the repositories, the ontologies follow.

I’ve said that access to public knowledge is a fundamental human right. And now I find myself remarkably in strange company – with Darrell Issa [the proposer of the anti-NIH RWA act] [I don’t understand US politics]

“[Aaron] and I probably would have found ourselves at odds with lots of decisions, but never with the question of whether information was in fact a human right … Ultimately knowledge belongs to all the people of the world — unless there’s a really valid reason to restrict it.” [PMR emphasis]

If we take that axiom, then we have to build the global knowledge commons. It’s an imperative. And tomorrow I shall announce my own, initially very small, tribute to Aaron. I’ll finish with [parts of] his guerrilla manifesto [2008]. Ultimately this is not about technology, it’s about fairness and justice. [my emphases]

Information is power. But like all power, there are those who want to keep it for themselves. The world’s entire scientific and cultural heritage, published over centuries in books and journals, is increasingly being digitized and locked up by a handful of private corporations. Want to read the papers featuring the most famous results of the sciences? You’ll need to send enormous amounts to publishers like Reed Elsevier.

PMR: I join. #ami2 is developed as Liberation Software. We need software just as revolutions need arms and transport. Liberation software is designed , at least part, to make knowledge free.

And “free” means completely free – free-as-in-speech and free throughout the world.

*** And completely coincidentally the following news broke just after I had written this http://crooksandliars.com/emptywheel/doj-used-open-access-guerilla-manifesto#comment-2225359

It appears that, only by researching the Manifesto, a First Amendment protected publication that largely espoused legal information sharing, did the government even get around to treating [the JSTOR action] as a crime.

2 Responses to #rds2013 Managing Data and Liberation Software; we must remember Aaron Swartz