#openaccess Wiley’s APC policy is clear (CC-BY) [what about Rightslink?]

I’m going through publishers in a semi-systematic way looking to see whether paid Open Access (Author Publishing Charges, APC) gives readers and authors the results they deserve. Look at the preceeding posts for RSC and Elsevier where readers are forbidden to use it for “commercial” and (Elsevier) no derivatives can be made. (PMR: This is a travesty of Open Access and though legal is highly damaging and serves only to preserve publisher control and monopoly.).

By chance Wiley tweeted #openaccess with http://www.wileyopenaccess.com/details/content/12f25e69a17/Institutional–Funder-Accounts.html announcing a number of dealas they have done with (mainly UK) universities so the university pays the APCs not the researcher. Although not perfect (because most of this will be Hybrid-OA which mainly benefits the publisher and only makes sense for megajournals) it’s a useful step. But what does “Open Access” mean?

So I went to a paper and found: 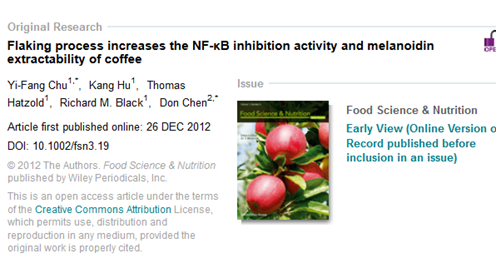 Pretty clear (CC Attribution is abbreviated to CC-BY). Good for Wiley. [I actually knew this, but needed to check the paper had explicit wording.

But some readers may want additional reassurance they can reuse it so I went to “Request Permissions”. This took me to Rightslink.

(Rightslink are primarily a rent collector service and about as cuddly). The “rights” generally refer to the right of the publisher to charge the reader for re-use. For Open Access articles some publishers ensure that you are told that the article can be re-used without charge. But in this case

The system COULD tell you that it was free and publishers really should do this. [If RSC had got their RightsLink information correct (instead of charging for re-use in theses) I might have been less critical.]. So following back to www.wiley.com and then “Rights and permissions” just takes you round the system indefinitely.

If publishers point to Rightslink they have a duty to make sure it gives the correct answer in all cases and also indicates immediately whether something is free of charge and/or confers rights. It’s unacceptable (as the RSC and Elsevier have done) to leave seriously incorrect information on Rightslink.

One Response to #openaccess Wiley’s APC policy is clear (CC-BY) [what about Rightslink?]