I’m now returning to UK for a few weeks before coming back to AU to continue. This is a longish post but important for anyone wanting to know the details of how we build an intelligent PDF reader and what it will be able to do. Although the examples are chemistry-flavoured the approach applies to a wide range of science.

AMI2 is a project to build an intelligent reader of the STM literature. The base is PDF documents (though Word, HTML and LaTeX will also be possible and much easier and of higher quality). There are three phases at present (though this and the names may change):

We’ve written a report and here are salient bits. It’s longish so mainly for those interested in the details. But it has a few pictures…

PDFs and their interpretation by PDF2SVG

Science is universally published as PDF documents, usually created by machine and human transformation of Word or LaTeX documents. Almost all major publishers regard “the PDF” as the primary product (version of record) and most scientists read and copy PDFs directly from the publishers’ web sites; the technology is independent of whether this is Open or closed access. Most scientists read, print and store large numbers of PDFs locally to support their research.

PDF was designed for humans to read and print, not for semantic use. It is primarily “electronic paper” – all that can be guaranteed is coloured marks on “e-paper”. It was originally proprietary and has only fairly recently become an ISO standard. Much of the existing technology is proprietary and undocumented. By default, therefore a PDF only conveys information to a sighted human who understands the human semantics of the marks-on-paper.

Over 2 million scholarly publications are published each year, most only easily available in PDF. The scientific information in them is largely lost without an expert human reader, who often has to transcribe the information manually (taking huge time and effort). Some examples: 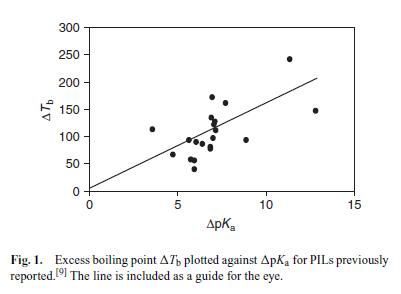 In a PDF these are essentially black dots on paper. We must develop methods to:

If the PDF is standards-compliant it is straightforward to create the SVG. We use the Open Source PDFBox from Apache to “draw” to a virtual graphics device. We intercept these graphics calls and extract information on:

There are, unfortunately, a large occurrence of errors and uncertainties. The most common is the use of non-standard, non-documented encodings for characters. These come from proprietary tools (such as Font providers of TeX, etc,) and from contracted typesetters. In these cases we have to cascade down:

SVGPLUS assumes a correct SVG input of Unicode characters, SVG Paths, and SVGImages (the latter it renders faithfully and leaves alone). The task is driven by a control file in a declarative command language expressed in XML. We have found this to be the best method of representing the control, while preserving flexibility. It has the advantage of being easily customisable by users and because it is semantic can be searched or manipulated. A simple example:

This document identifies the directory to use for the PDFs (“action”), iterates over each PDF it finds, creates (SVG) pages for each, processes each of those with a whitespaceChunker (v.i.) and draws boxes round the result and writes each page to file. (There are many more components in SVGPLUS for analysing figures, etc). A typical example is: 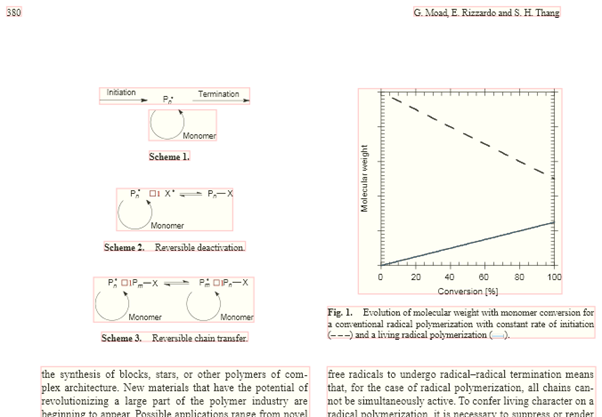 SVGPLUS has detected the whitespace-separated chunks and drawn boxes round the “chunks”. This is the start of the semantic document analysis. This follows a scheme:

The PATH interpretation is equally complex and heuristic. In the example below:

The reversible reaction is made up of two ML paths (“lines”) and two filled curves (“arrowheads”). All this has to be heuristically determined. The arcs are simple CURVE-paths. (Note the blank squares are non-Unicode points)

In the axes of the plot

All the tick-marks are independent paths – SVGPLUS has to infer heuristically that it is an axis.

In some diagrams there is significant text:

Here text and graphical primitives are mixed and have to be separated and analysed.

In summary SVVGPLUS consists of a large number of heuristics which will reconstruct a large proportion (but not all) scientific articles into semantic documents. The semantic s do and will include:

There will be no scientific interpretation of these objects

This is being developed as a plugin-architecture for SVGPLUS. The intention is that a community develops pragmatics and heuristics for interpreting specific chunks of the document in a domain specific manner. We and our collaborators will develop plugins for translating documents into CML/RDF:

Fidelity of SVG rendering in PDF2SVG. This includes one of the very rare bugs we cannot solve:

[Note that the equations are identical apart from the braces which are mispositioned and too small. There is no indication in TextPosition as to where this scaling comes from.

In PDFReader the equation is correctly displayed (the text is very small so the screenshot is blurry. Nonetheless it’s possible to see that the brackets are correct)