Reclaiming our Scholarship: tribute to Vitek Tracz and BMC.

Typed (because I am an the BL!) into Arcturus

It was a wonderful occasion at BMC’s 10th birthday last night in the Gherkin (London’s iconic modern building). The party was on the very top – a circular pad with stunning views of London (and its cloudscape – see next blog).

Several things have come of age. BMC is the vision of Vitek Tracz, a remarkable, and very engaging, entrepreneur whom I first met in the late ’90s in Current Science in Cleveland Street. Vitek has an incredible knack of spotting new markets and I have followed him though his successful development of new ventures in scholarly publishing. 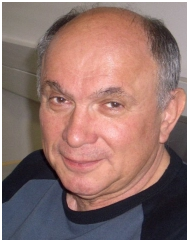 I could not possibly do justice to Vitek, but luckily Richard Poynder has published a very long and insightful interview (http://poynder.blogspot.com/2006/05/interview-with-vitek-tracz.html ; note that this is 4 years old, and Vitek does not stay still, and many of the concerns in 2006 have passed. Note also that Vitek has sold BMC to Springer (who joked last year that he sold it for considerably less than it was worth )).

What I have only just realised is how important Vitek has been in making connections and making things happen. For example he was the force behind persuading Ian Gibson to chair the Select Committee that interrogated the pyblishers in the last decade. And what he revealed (apparently for the first time) last night was that he and David Lipman (http://en.wikipedia.org/wiki/David_J._Lipman) had jointly cooked up the complementarity of PubMedCentral and BiomedCentral.

It has always been clear that scientific scholarly publishing (with somewhere of the order of 10 billion USD/year) needs a strong business basis. It can’t be run for free. And it can’t be run on the basis of Green Open Access. It needs champions who make things happen in the real world through money, contracts, products, etc. (I know some of us try to change the world through the power of ideas, and sometimes, very rarely it works, but most change is made sustainable through real-life institutions with paid staff).

Without Vitek and BMC we would not have Open Access. That’s a strong statement, but I think it’s justified. Any transition in academic practice (and I am constantly frustrated by how conservative academia is) is painful and costs money. (It’s getting worse, particularly with the horrible metrics and bureaucracy everywhere). What BMC has shown is that OA can be sustainable. And that sustainability is in the hardest part – the start of the ramp-up in the transition. Because at this stage academia (and their funders) have to pay twice – still for the reader-pays subscriptions (OA has not lessened the need for paying those) and now for the author/funder-pays for OA.

And there is a less formal, but incredibly tangible, realisation that OA publishers are “on our side” whereas, increasingly, closed access publishers are not. We should not be sentimental – BMC is a business and has to make money and I have heard academics complaining about the cost of OA fees when there is no Wellcome funding. But that is the essence of the market – we’ll see competition and we’ll see realistic prices.

So today, as I sit in the public wifi gallery of the BL, I am feeling good about the future. Which takes some effort in this country!

One Response to Reclaiming our Scholarship: tribute to Vitek Tracz and BMC.