The Blue Obelisk Open Source group has now achieved a critical mass of high quality software, especially in chemoinformatics, chemical text analysis, editing and infrastructure such as markup languages (CML). We are begginning to be taken seriously and more collaborators are joining. The success is built on years of work by a few individuals. Those of you who think Open Source is now “obvious” may not realise that in domains – such as chemistry – it is normally regarded as suboptimal, carried out in “undergraduate projects” (a slur, anyway, as undergraduates have created some of our best materials).
This reputation is blown away by the splendid molecular visualiser Jmol. Indeed Nature Publishing Group has chose “First Glance in Jmol” (FGiJ) as the tool with which to display proteins in their articles. Quality and Open Source are thereby recognised.
Jmol has been built over several years by many contributors, but always with one guru. They pass on the succession with a “Dr. Who-like” regeneration (indeed this is common to many OS projects) Dan Gezelter, Egon Wilighagen, Miguel Howard and now Bob Hanson are among those who have taken this role. All deserve enormous credit.
The Blue Obelisk award is made whenever I have a Blue Obelisk and meet a BO member self-evidently worthy of receiving one. (That is an arbitrary process, rather like software development – the other gurus are not lesser beings, they just didn’t happen to be around). 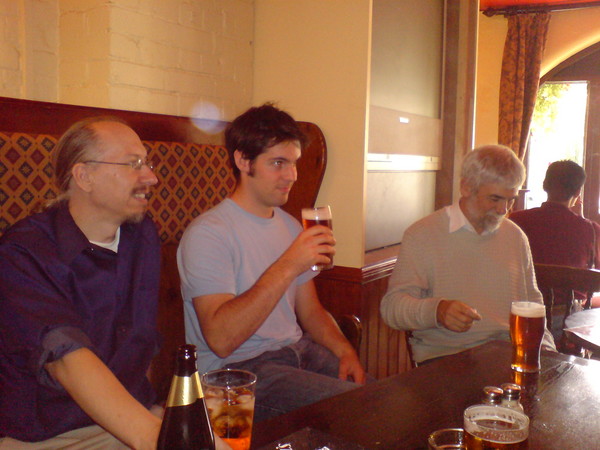 The award was made after Bob had given a spectacularly visual talk in the Chemistry Department at Cambridge. This is not the Department – it is the Panton Arms Pub. 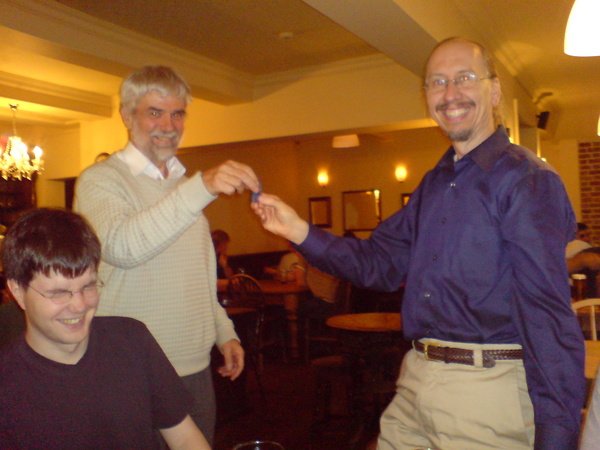 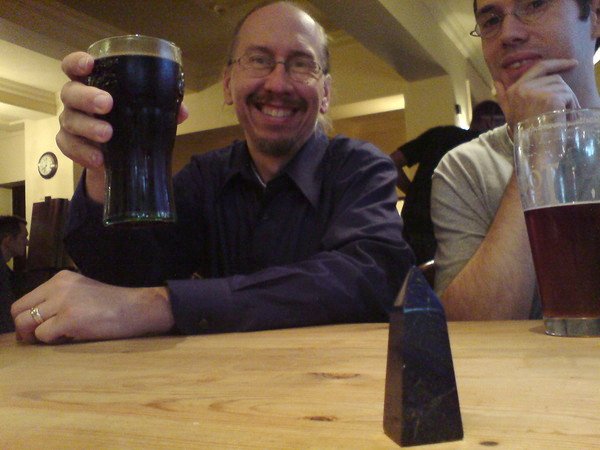 Jim Downing took the pictures – I think – anyway he isn’t in them. 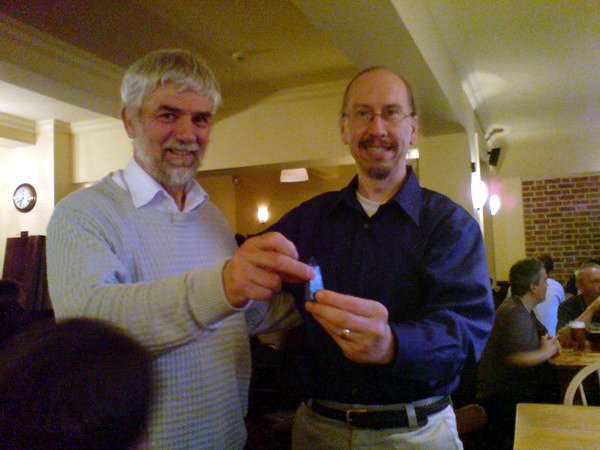